A Vendor in New Zealand…No Removal Company…Moving with a toddler…Maggots!!…And a Stamp Duty Holiday Deadline. 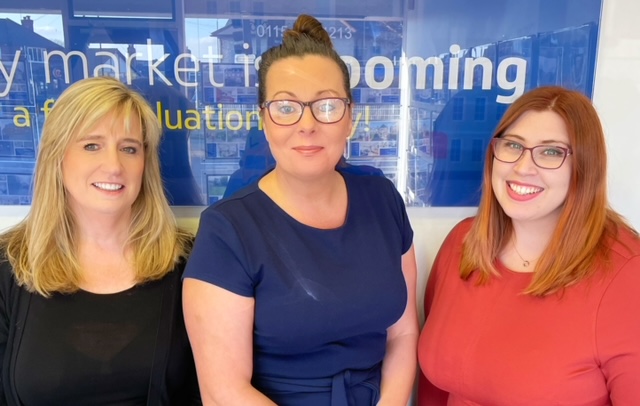 Any one of those could lead you to breaking point, but not Ben Ironmonger and his family.

At David James, we love getting great reviews.

One which stood out for us was Ben’s, who, despite a slightly traumatic last few weeks of his sale and purchase which incuded a Vendor in New Zealand…No Removal Company…Moving with a toddler…Maggots!!…and a Stamp Duty holiday deadline, is now happily settled in his new home.

We contacted him to say thank you, and to ask him to share a little more about his experience using our services.

“I was always going to use David James when we moved”

“Our experience with David James started five years ago when we used them to move into the house we’ve just sold. They sold our flat, Michelle was our point of contact and she was absolutely fantastic.  My Mum then also used David James and there were no problems.  It was all great, so I didn’t even bother getting a second quote this time, I was always going to use David James when we moved”.

Ben and his family were still unsure if they were ready to move when they initially booked a valuation on their home.

“We just thought let’s see what has happened to the value of our house since we moved in. David came out and gave us a valuation, that was back in September 2020, and we thought well alright, that’s the figure. We didn’t go onto the market then, but circumstances changed, so we got David James back out again last year.

The market had improved and the price of our property had increased by £10,000.  Jacob came out, did the photos and video and then within three or four days, he’d sent me the proofs and said, you know, this is what we’re looking to do. Are you happy with it?  The photos looked fantastic.  We thought why are we even moving. It went on the market on Friday, about eight o’clock at night. On Saturday morning I had a phone call. Somebody wanted to view it that day. And then by about 10 o’clock we had the whole Sunday booked up with 16 viewings.

We had back to back viewings. As it was during COVID  it was one at a time rather than an open house viewing.  Within a couple of days we had seven or eight offers. Justine at David James then went through the offers and their situations. As there were several offers we went back and asked for best and final offers by Wednesday.  By Friday we had seven solid offers going up to £20,000 above asking price.

We ended up accepting an offer £10,000 above because they were cash buyers.  So we thought right, we’d  better find somewhere. We were originally looking to move out to Southwell but we saw the house we’ve bought literally a stone’s throw from where we were moving from and just loved it. It needed a lot of work, but we had a viewing, again with David James.

Vicky was fantastic, obviously she couldn’t disclose any offers, but discussed how the market was with that particular house. We made an offer, which was accepted. Unfortunately a week later somebody else came in with an offer that was 20,000 more than us and we couldn’t go that much higher, so we went in the middle and it was accepted, we then started the ball rolling again.

During the progression stage we had regular contact from the office keeping us updated all the way. I don’t think I ever had to phone up chasing. At no stage did I feel that David James did anything remotely wrong, they were always on the ball.

The last few weeks before the move were stressful.  The people we were buying from lived in New Zealand. We were waiting for a document to come back but there was a mix up with postage so it was returned.  It wasn’t confirmed until 4.45 on the 29th that we were moving on the 30th.

We hadn’t booked removals as we hadn’t got a confirmed moving date. David James had staff ringing around. We eventually got a van but it didn’t turn up, they’d found maggots in it”

.More telephone calls and Ben finally ended up getting into his new home at nine o’clock at night.

‘It wasn’t a very nice time, but we did get in before the stamp duty deadline and saved £2,500 pounds, which was much needed to put towards carrying out work on the property.

As we speak Ben is settled and working from his new home. His only regret?

“That I didn’t get a chance to thank the team properly.  It was just hectic for the next week, but they were absolutely fantastic and I will say this – I would definitely recommend David James to anyone”

“I would definitely recommend David James to anyone”